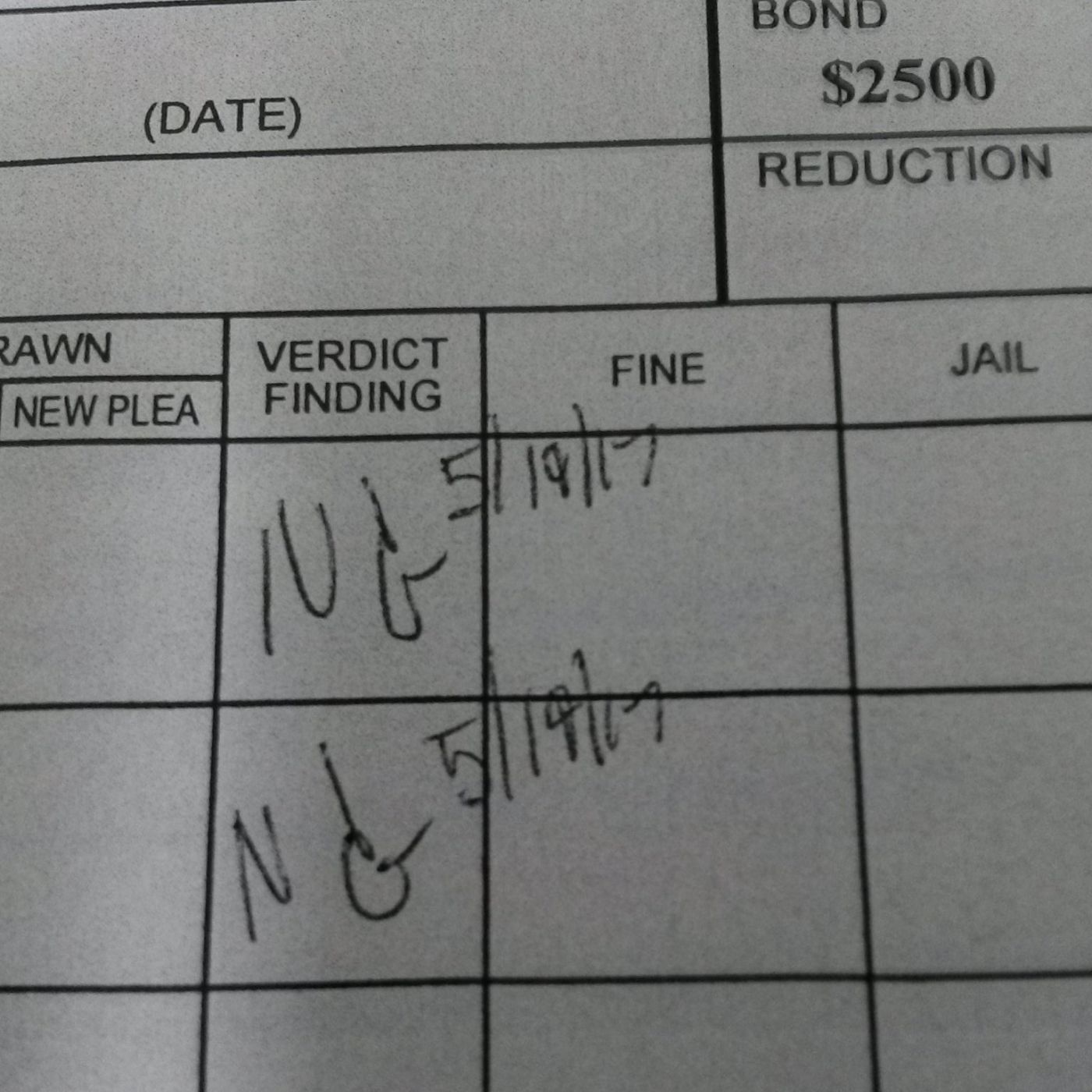 There are two words criminal defendants and defense attorneys long to hear: Not guilty. On May 19 in Meriden, after three days of trial, two days of jury selection and months of preparation, my client and I stood up before the court as the jury foreperson answered the clerk's questions. She answered that the jury found my client not guilty of both counts in the information. With that he was no longer a defendant and walked out of the courtroom as innocent as when he walked in.

My client was accused of Inciting Injury to Persons or Property, Class C felonies that carried ten years each of prison including mandatory time. He was an inmate at Cheshire C.I. at the time and sent a letter and made phone calls that the State said constituted solicitations to kill or injure other people--essentially ordering hits from jail. We argued that they were just taken out of context.

The statute requires the state to prove that the defendant intended to cause the injury and that the solicitation be for imminent harm. The appellate court held that the language itself must be substantially likely to produce that harm. Most of the evidence was the alleged communications which were the letter and also phone calls. Day 2 was like an episode of Serial with the playing of prison phone calls and their computerized voice opening of "This is a call from ___, an inmate at Cheshire Correctional Institution." The State also introduced the taped interview of my client by state police detectives. The detectives said in the interview that they wanted to make sure he was just "talking shit" with his letter and calls. The State alleged that he had found out that someone he knew was jumped and that his brother was shot and was trying to send people after the guys who were responsible. There wasn't anything more than talk: no plans, no follow-up, no agreement by the other people, no actual action. The detective said he was probably pissed off. We argued that's all it was.

We didn't put on any evidence. We didn't have to. In criminal prosecutions, the State has the burden to prove the defendant guilty beyond a reasonable doubt. The defendant does not have to prove his innocence. At the end of the State's case, which we challenged through motions, evidentiary objections and cross examination, we didn't think there was enough to convict. My client didn't testify because he didn't have to and all defendants have a right not to. Plus we already had some good points from him in the interview that was admitted (defendants' statements are almost always admissible by the State--the whole "anything you say can and will be used against you in a court of law."). After the State rested, we rested.

Like sports in which the time spent in the game itself is a fraction compared to the time spent in practice, a trial is only a small part of the total time spent on a case. We won some pretrial motions to exclude some irrelevant evidence which put us in a much better position before the jury. I also requested a helpful jury charge. Then there were hours upon hours of client meetings, research, discovery review, investigation and all around preparation. It was a good case. On to the next one.