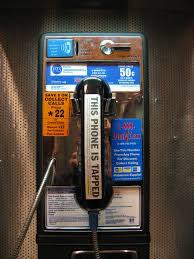 IS IT LEGAL TO SECRETLY RECORD CONVERSATIONS?

You've no doubt seen a movie or TV show wherein a villain is taken down when a SECRET RECORDING of him saying something evil (possibly detailing his plan and how he would get away with it) is played. "Old School" is a good example. But is this legal? In Connecticut, the answer depends largely on whether the the conversation was made over the phone or in person and the recorder's role in the conversation.

There are two sets of laws at play: state and federal. For telephonic communications, federal law requires the consent of only one party to the conversation. A person on the call could record it without the consent of the other and not violate the law. Connecticut however requires consent of all parties to a phone conversation. I used the phrase "secretly record" to describe situations in which at least one party to the conversation does not know it is being recorded. I decided to do that becauses if everyone knows and consents, there is no issue and likely no question regarding legality.

What happens if you secretly record a phone conversation in Connecticut? For one, it cannot be admissible in court proceedings (subject to certain exceptions of course). This comes up more often in family (divorce/custody) and civil cases. It could also set you up for civil liability. Connecticut has a statutory cause of action for recording phone calls without consent, for which attorney fees can be claimed. Whether there is criminal liability depends on who made the recording.

If a person who is not present to a conversation who taps into it or records it wtihout the consent of the speakers involved, he or she is liable for Eavesdropping, which is a felony. This does not just apply to phone calls. It also applies to in-person conversations. The key is the recorder or listener not being present. That makes it a situation of "bugging" or wiretapping. Leaving a tape recorder in a room and walking out would probably also fit the Eavesdropping statute.

A person who is present and a party to an in-person (but not phone) communication could secretly record it.