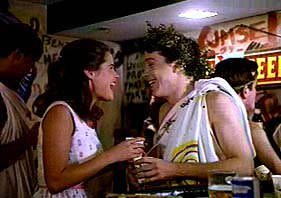 RISKING RISK OF INJURY OF A MINOR

Answering questions is a big part of being a lawyer. One that I see online often and occasionally receive usually goes along the lines of, "If I'm 15 and my boyfriend/girlfriend is 17..." You can probably figure out the rest. I've written before about statutory rape and the age of consent, which in Connecticut is 16, unless there is a relationship of authority between the two parties, for which they both must be 18.

The sexual assault statutes pertaining to sexual acts with minors, Sexual Assault in the 2nd Degree and Sexual Assault in the Fourth Degree, both contain provisions that exempt certain age differences from liability. The younger party can be as young as 13 as long as the older party is not more than three years older (13/16, 14/17, 15/18). Risk of Injury of a Minor (ROI) however, does not contain a similar provision. ROI is used for many different situations in which a minor (child) is endangered. They can involve reckless driving, drug use, physical assault and many, many other non-sexual activities; or sexual contact, specifically having contact with the "intimate parts" of a minor or subjects the minor to contact with his or her intimate parts. Without an age gap exception, one can be charged with ROI for sex acts with a person under the age of sixteen and that could actually involve two minors--kids can be charged with ROI for conduct related to other kids. I have had at least two cases where my client was a juvenile charged with ROI. In one my client had a party at his house and a young partygoer suffered alcohol poisoning. In another, my client was driving without a license and also very fast with her friends in the car. Fortunately we resolved both cases without a conviction of on the risk charge.

Is it legal for people under the age of 16 (or one being under 16) to date? Absolutely. To do more than just going out or hanging out, it depends. It is unlikely that teen relationships will draw investigations and charges without a another reason such as assault, pregnancy, school issues, etc. Just as in any relationship at any age, teenagers should be respectful and careful.